Disruptive innovations start life as outsiders. They’re usually the brainchild of entrepreneurs in startup companies. They rarely come from the existing market leaders. This isn’t because the incumbent firms of the world aren’t innovative – they’re just a different type of innovative. Market leaders put their time and money into sustaining innovations that turn a profit for them, and ensure their competitiveness in a busy market. Disruptive innovation carries too many risks. It doesn’t turn a big enough profit; it usually doesn’t represent what the mainstream customer wants; it’s unpopular; it’s ignored. But it can be dangerous to ignore disruptive innovations.

Take Netflix as a prime example. Netflix was founded in 1997 by Reed Hastings and Marc Randolph, and has become the poster child for disruptive innovation. When it first started out as a mail order DVD service in the US, Netflix appealed to a small number of customers, and targeted the segments of customers that were often overlooked by its mainstream competitors. In 2000, Hastings approached Blockbuster CEO John Antioco, and asked for $50 million for his company. Antioco refused the offer, believing that Netflix was too niche. Today, Netflix is valued at $152.7 billion, while Blockbuster was declared defunct in 2013.

Disruption is a process which takes time, which is why many disruptions are overlooked. But, following a report released on 8 October 2018 by the UN Intergovernmental Panel on Climate Change, time is something we don’t have. World leaders have been urged to cut emissions by 45% by 2030 in order to keep global warming within 1.5 degrees Celsius. Immediate action must be taken, and leaders have been warned that just half a degree of extra warming will affect hundreds of millions of people globally. We must start living differently.

Meaning seeks to bring together the pioneering, purpose-driven businesses which are innovating to disrupt sectors and systems, and create solutions to some of the world’s most pressing issues. Our 2018 line up of speakers are doing just that, and we love ’em for it…

Fairphone is the Amsterdam-based technology company that is disrupting the status quo by creating sustainable smartphones at a fraction of the environmental impact of the market leaders like Apple and Samsung. Fairphone’s products can be repaired and upgraded quickly and easily by the owners themselves and have been designed to create a minimum of impact on people and the planet. From the beginning, the company has adopted a circular model in its own production process – reusing and recycling the conflict minerals which are imperative to the creation of smartphone technologies.

Conflict minerals – such as cobalt, tungsten, gold, silver and palladium – are mined in areas of ongoing conflict and human rights abuses, and are traded illicitly by armed groups to finance fighting in countries such as the Democratic Republic of the Congo.

“Fairphone was started as an awareness campaign in 2012, which set out to highlight the amount of conflict materials that are being used in the manufacturing of modern-day technology,” says Miquel Ballester, a founding member of Fairphone.

“The backers of our first smartphone were ethical consumers who were ready to commit to a new idea that they believed in. There were people of varied ages and various levels of tech-savviness; what united them was their readiness to support a new idea.”

Disruptive ideas create change. Fairphone has come a long way since its beginnings as an awareness campaign in 2012. The company’s recent equity crowdfunding campaign raised over €2.5 million – and there are over 150,000 Fairphone users around the world. Consumers who want to be part of Fairphone’s values-driven mission.

We live on a finite planet, with depleted raw materials and fossil fuels provoking a transition to renewable energy sources. So too must we solve the impending problem of food. How do we expect to feed a growing global population, when we are experiencing a decrease in fertile land on  which to grow crops and breed animals?

New Harvest offers a disruptive solution to our food problem. Founded in 2004, New Harvest is a non-profit research institute building the field of cellular agriculture. One look at its website and you’ll see that it’s creating milk without cows, eggs without hens, beef without cows, and more. Rethinking the supply chain of animal products, New Harvest can produce the dietary staples without the need for intensive crop and animal farming – something which will be imperative to the future of food production. Significantly they open source all of their research, inviting others to build on their work, in a bid to help speed up the rate of change.

It can be overwhelming to hear politicians, experts, scientists and celebrities talk about a climate crisis; and sometimes the sheer scale of the issues can induce paralysis. But individual level changes will eventually make a difference at scale. Cutting down on meat and dairy is the single biggest way to reduce your impact on Earth.

And, Forest Green Rovers is already one step ahead. Disrupting the traditional football world with its mission-driven values, Forest Green Rovers (FGR) holds sustainability at its heart and has been named the ‘greenest football club in the world’. The world’s first vegan football club, FGR has also installed solar panels and electric vehicle charging points in its stadium; an organic lawn; and a vegan matchday menu brings supporters together. FGR is showing that important innovative disruption can take place in any organisation, in any sector.

In honour of FGR’s Helen Taylor speaking at our conference this year, we’re taking a green leaf out of the the club’s book, and Meaning 2018 is going vegan! So, pull up a chair at the table and join us for a taste of a sustainable future. Here’s to making small changes with big impacts. 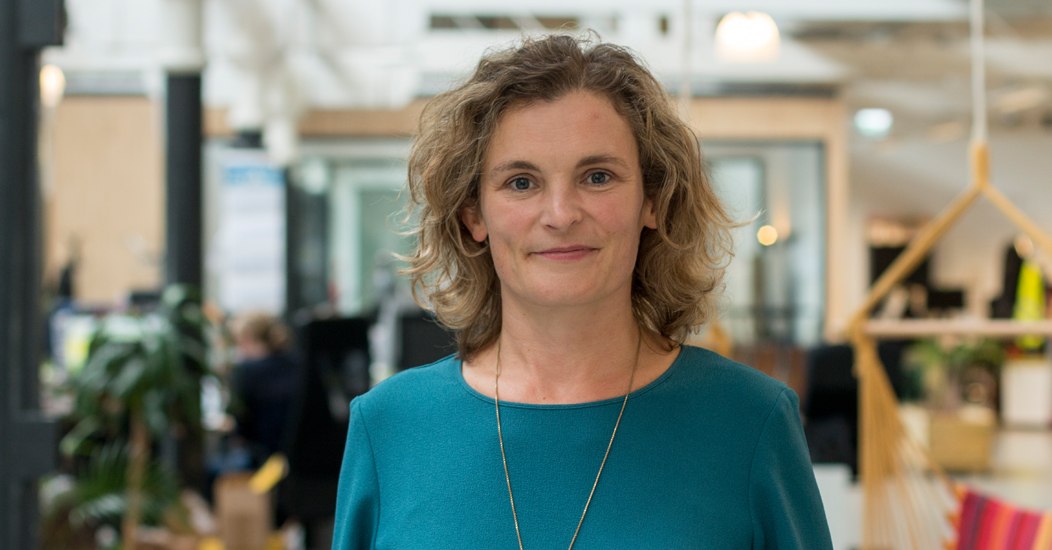 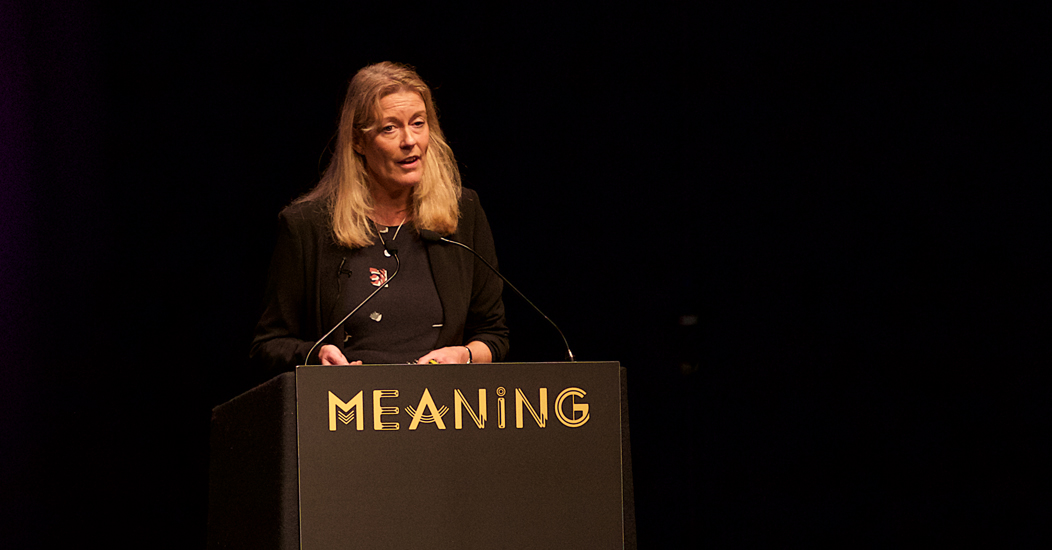