With the phenomenon of mindfulness firmly established in our lives and our workplaces, we’ve asked Mark Leonard to help us review and revise our understandings of its benefits – and its risks. Mark will host a workshop at Meaning 2019, and here, we ask him to outline the background behind his thinking on this important topic…

Our ability to cooperate with each other enables us to succeed. Emotional connections hold us together, but success has a dark side: Beliefs that define us are like ramparts to a castle of identity. When we perceive a threat, we look for a cause.

We don’t like uncertainty. We look for patterns and we ignore or deny things that do not fit. When we fail to live up to expectations, we resort to self-criticism and we blame others when they are at fault. Questioning the consensus comes with a risk.

Socrates chose virtue above his own life. He realised two things that can change heart and mind: inquiry in the spirit of friendship. While Athens stood strong, wisdom was prized, but change brought uncertain times. The people looked to the gods for protection and Socrates’ questions became treason.

Today, a lawyer uses the Socratic method to cross examine a witness in a court of law. Her questions come with and implicit threat. She seeks to undermine the witness’s credibility to win the case.

The cognitive therapist is more faithful to Socrates’ method. She seeks to release a client from mental suffering. The first step is building a trusting relationship to reduce the client’s sense of threat because the client has to feel safe before they can distance themselves from their beliefs. When the client’s beliefs become objects of inquiry, it becomes possible to test them to see if they are true. The problem is all in the mind.

We can better ourselves if we are willing to dedicate ourselves to achieve our goals. Like all ‘gods’ that maintain social order, the belief in the ‘individual’ has a dark side. He demands the sacrifice of kindness, compassion and generosity at the altar of power, nepotism and self-interest. He despises the criminal and may pity those who suffer from stress, anxiety and depression, however, the social and material causes of criminality and distress are not his problems to solve.

From theory into practice

Kabat-Zinn drew from his experience of Buddhist meditation and defined mindfulness as: “paying attention in a particular way; on purpose, in the present moment, and non-judgmentally.” Simply observing the processes of experience non-judgmentally seemed to reduce chronic pain and mental illness caused by stress.

This approach to Buddhist meditation can be traced back to the early 20th Century in Burma. This was a time of social upheaval under colonial rule. The institutions of the Royal court and Buddhism were crumbling. The need was to empower the lay community to become guardians of Burmese Buddhist identity in troubled times.

Before this new form of meditation was popularised, meditation was the preserve of monks who could dedicate themselves to lives of discipline and study. Their objective was to snuff out the flames of karma that condemned a living being to endless cycles of rebirth.

Ascetics mortified the flesh to purify their souls from the pollution of desire and aversion. The Buddha learned from the best. He eclipsed teacher after teacher, yet still failed in his mission. At last, he vowed to sit under a tree until he gained liberation or met his death trying to achieve his goal. According to legend, he gained enlightenment after six days by discovering that there is no enduring essence to the ‘self’.

This teaching was subversive as it undermined the social order of the caste system. It made the magical power of the priest, who could purify karmic pollution with elaborate rituals, worthless. The Buddha empowered each individual to save themselves irrespective of social status, but he went further: selfless loving kindness, compassion and empathic joy produced equanimity, and these qualities were “the abode of the gods”.

The role of modern mindfulness

Modern ‘mindfulness’ has largely stripped out the supporting elements of Buddhist ethics and philosophy. As therapy, it helps individuals to cope but does not ask them to question who they are or how they treat others. As self-help, mindfulness enables people to be kind to themselves. In the workplace, it reduces the negative effects of stress on performance, enabling people to achieve their goals.

If mindfulness is to become a force for change, it needs to be used to question the assumptions that underpin therapy, self-help and self-improvement rather than become the servant of the neoliberal self. This, I would argue can come from applying the spirit of Socratic inquiry to realise, as did the Buddha, that the self we seek to improve and the meaning we place on objects that give us a sense of identity are merely transient and potentially toxic constructions.

Now, we must apply ‘present moment awareness’, not to disengage from troublesome thoughts or deconstruct ourselves out of existence, but to rediscover how to satisfy our deepest emotional needs. We need mindfulness AND a sense of relatedness to escape the illusion that we are separate individuals who must strive ceaselessly to improve ourselves. We need to use mindfulness to rediscover that working together and sharing achievements with others, gives our efforts meaning.

Mark is a director at Mindfulness Connected and a strategic partner at Talik & Company. He is the author of Social Mindfulness: a guide to meditations.

You can meet Mark at Meaning 2019 where he will host one of our five optional breakout sessions: Social Mindfulness for Systemic Change. 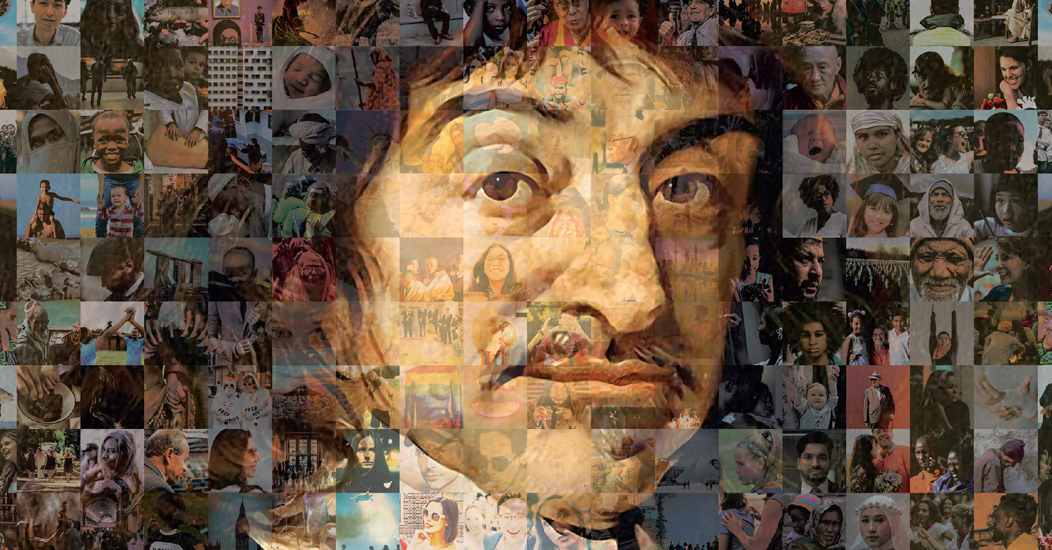 Read more about the workshop