SUPERENGAGED: How to transform business performance by putting people and purpose first

Nikki Gatenby is MD of digital marketing agency Propellernet, a Brighton-based, globally operating business, and one of the UK’s most engaged workplaces. Nikki has recently launches her book, SUPERENGAGED, a practical guide for anyone interested in driving business performance by putting people and purpose front and centre of their organisation.

The book provides a candid account of Propellernet’s own engagement journey. Along with the successes that led to Propellernet being placed in the top 15 Best Places to Work in the UK for six years running, SUPERENGAGED openly shares the tough bits, the agency’s ‘epic fails’, in a bid to help us avoid them.

We caught up with Nikki to find out more.

Can you tell us a bit more about why you wrote SUPERENGAGED?

“Lots of companies claim to put their people first, but don’t.

“I’ve worked in agencies in London, Paris and now Brighton for 20 years. In my formative agency years, there was a strong work hard, play hard culture. It was, and still is in many marketing agencies, the norm to work 90-hour weeks. Yet long hours are totally counterproductive to being effective at work. It’s a huge problem in the creative industries, but it’s not just there.

“In Britain, we work the longest hours of any European country. Overwork and burn out are becoming endemic. When did it become normal for really cerebral careers like being a doctor, or lawyer or creative, to be life threatening?

“Nationally, there is a worrying increase in the number of people absent from work through illness. And if we take the statistics from London alone, according to the Mayor of London’s office, sickness absence costs London businesses £10.4 billion.  An organisation of 250 people can lose £250,000 a year due to sickness absence.

“In Japan, there’s even a word for death through being overworked: Karōshi.

“Anyone interested in learning more about how happy staff drive business success, or who needs help convincing the people around them.

“There’s that insightful apocryphal tale to throw another angle on it:

“CFO to CEO. “What if we invest in our people and they leave?”

“If you step away from just thinking about profit, you can transform your company by putting people and purpose first instead. Some business leaders believe that this can harm the bottom line, but this a misinformed theory. At Propellernet, we have managed to triple our margin, quadruple revenue and generate ten times more profit – proving beyond all doubt that putting people first creates genuine success.”

What other benefits have you seen at Propellernet?

“Our staff turnover is just 7%, compared to an industry average of 30%. 98% of our team would recommend working at Propellernet to others – and actively do. This has a positive impact around the business, on each other, our clients, our environment – it’s a magnet for good people, having a positive ripple effect beyond the agency walls to you. And this level of recommendation saves us considerable time and effort on recruiting, time we can focus into client impact instead.”

“One of the hardest things about employee engagement is knowing how to do it. Time and again well-intentioned leaders are left scratching their heads when it comes to figuring out how to drive meaningful, sustainable change.

“Every company’s employee engagement journey is different. What works for one organisation can’t always be applied verbatim to another, but I hope that sharing our own experiences – including some of the tougher times – can show people it’s not as hard as they think.

“SUPERENGAGED is a really practical guide which uses Propellernet as a case study, and shares some of the tools and frameworks we’ve found successful, to inspire people and help them go on to put this stuff into action.

“And we certainly don’t claim to have nailed this yet – we’re absolutely still learning too. When you’re experimenting and innovating, some things just don’t work! So, we’re hoping to hear back from people who have found SUPERENGAGED useful and find out what they’ve put into practice too.”

SUPERENGAGED is available to order from Amazon now and Nikki will be sharing the secret to a SUPERENGAGED team as part of Meaning Fringe on 14 November. 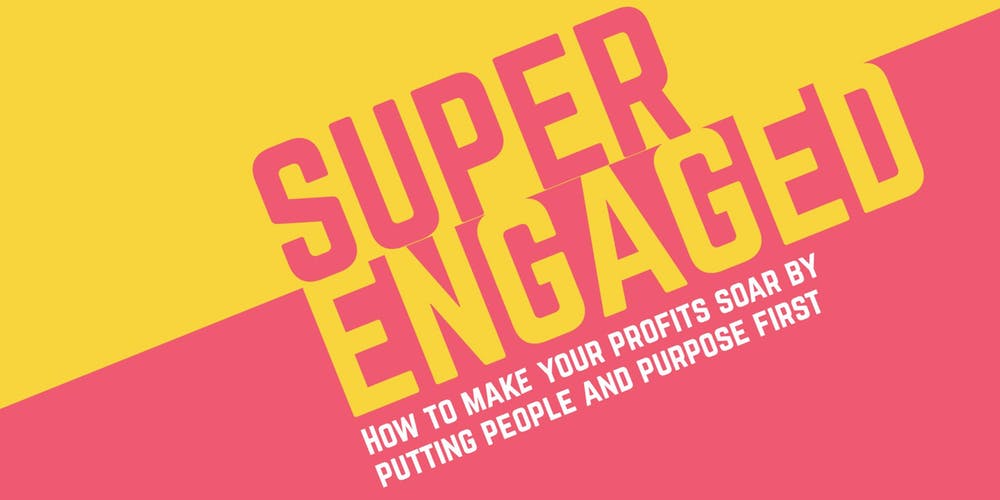 check out the fringe event

What’s the secret to a super engaged team?